The Lilac Cadillac, an epic love story at a time of war by Jane Harvey-Berrick

“Amazingly beautiful and powerful”
“Heart-wrenching and poignant”
“I have no words to tell you how beautifully this is written. You give the whole war new meaning for those who didn’t live through it. This story is epic.”
“Better tell readers to get that box of tissues out ready” Two women, two lives, divided by an ocean – and a secret hidden for 75 years.
London, 1939, Sylvia marries her sweetheart, Harry, in the days before he’s sent to war. It will be four, long years before she sees him again.

In 2019, Fiona McCloud is struggling to make ends meet in her small Iowa town but has big dreams of a more glamorous life. In private, the plus-size woman fantasizes about being Marilyn Monroe. In reality, she’s a part-time hairdresser and beautician at the Cedars Retirement Village.

Fiona’s favorite resident is 97 year-old Dolly. The world thinks Dolly is disgraceful, with her octogenarian lover and addiction to fast cars.

And then there’s Joe Fox, the sulky and sensual gardener, a Native American with flowing black hair and wary eyes.

When Dolly decides to take a road trip to Las Vegas, she persuades Fiona and Joe to come with her. They don’t know that Dolly has an ulterior motive, or that this journey will change their lives forever.

Releasing 19th October, pre-order is now available for 99 pennies from these retailers.

Life is a journey. That’s what they say, isn’t it? We’re all traveling toward some unknown destination, not knowing when or where we’ll stop, when we’ll pick up passengers or wave goodbye to others.

We grow up, we grow older, and the direction of the journey changes. Sometimes we choose our path and sometimes our path chooses us. But sometimes, just occasionally, someone else picks a different path for us, and we’re traveling down it before we even realize.

What happened to me is a combination of all these things: two very special people who changed the course of my life. And a large, ugly and uncomfortable car, a lilac-colored Cadillac.

It really was ugly. But I ended up loving it, because … well, it’s a long story. 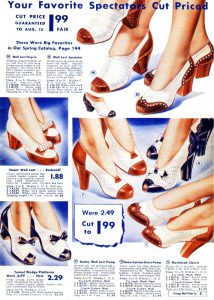 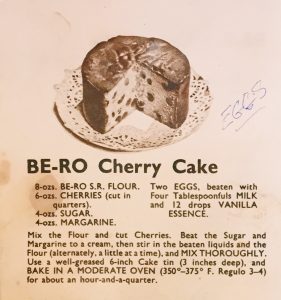 I was seventeen years old when the war started. So much a child, but believing myself an adult. I was Sylvia Edwards then, of course. I remember sitting in our drawing room as Father twiddled the dial on the wireless set, trying to find a clear signal. Usually, he huffed and puffed and made quite a meal of it, but that day the silence was profound.
When he found a signal, he glanced at Mother, an unspoken message passing between them, then he lowered himself heavily into his worn leather armchair, clamping his pipe between his teeth. He carried that pipe everywhere but never lit it—Mother hated the odour of pipe tobacco, but when I think of Father, he always has that pipe.
The wall clock in its rosewood cabinet ticked quietly, the sound of my childhood, the hands creeping forward, unaware, as I was unaware.
Tick Tock. Tick tock.
11.05am.
Tick Tock. Tick tock.
11.10am.
Tick Tock. Tick tock.
11.15am.
Nobody moved and I hardly dared to breathe.
My hands were knotted together, the knuckles white and strained when the radio crackled to life and a man’s voice rang out from the Bakelite box.
“This is London. You will now hear a statement by the Prime Minister.”
Although I could hear perfectly well, I leaned forward and imagined Neville Chamberlain sitting at his desk in front of the contraption that would broadcast his words to a waiting nation. A thin, austere man, I pictured his neatly combed salt and pepper hair; the thick, bristling moustache that hid a narrow upper lip; the formal wing-tip collar and black morning tie that reminded me of an undertaker.
Then Britain’s Prime Minister uttered the words that were to change our lives forever.
“I am speaking to you from the Cabinet Room at 10 Downing Street. This morning, the British ambassador in Berlin handed the German government a final note stating that unless we heard from them by 11 o’clock that they were prepared at once to withdraw their troops from Poland, a state of war would exist between us. I have to tell you now that no such undertaking has been received, and that consequently this country is at war with Germany.”
Stunned and silent, we listened to the rest of the Mr. Chamberlain’s speech. But the waiting was over and certainty smothered us: we were at war with Germany. At 10.55am, I wheeled Dolly to the entrance of Cedar Court where Kelly, Tracy and several more of the care-givers waited to say goodbye. When they saw her, they started to clap.
“You look lovely, Dolly,” said Tracy. “We’re going to miss you. Norman is heartbroken.”
“Ah, men,” said Dolly with a smile. “A woman should always leave them wanting more. Besides, why would I want a wrinkly old man when the road ahead could offer a veritable youth of 80?”
Tracy bent down to give Dolly a hug, and then the other care-givers crowded around her. In a few short months, Dolly had become everyone’s favorite. Despite the joyful moment, I felt a twinge of sorrow—Dolly was so full of life and yet it was inevitable that her light would soon be dimmed forever. I pushed the thought away: I needed to be more like Dolly and live in the moment.
“Where’s your ride, Dolly?” Tracy asked, glancing at me.
At that moment, the throaty growl of the Cadillac’s engine could be heard coming down the long driveway. As it drew closer, I saw that the top was down. It looked as full of glamor and excitement as Dolly could have possibly wanted.
Whatever else I might think of Joe Fox, he was a great mechanic. I still couldn’t stand him but I’d admit that much. I thought wistfully of the rust-bucket that was my car.
“Oh my goodness, is that…?” Kelly began, then started to laugh and clap as Dolly beamed at her care-givers.
I stood by proudly as Joe Fox pulled up next to the entrance and jumped out of the Cadillac.
“Holy cow, Dolly!” he grinned. “You look like a … hell, I don’t know. What color do you call that?”
“Lilac, young man,” she said regally, but smiling widely. “Fiona colored my grays to match my car.”
I had, I really had, and it was one of my proudest moments as a cosmetologist, dying Dolly’s wispy white hair a fetching pale lilac. Her nail polish coordinated, too, of course.
“It’s freakin’ awesome,” he laughed.
“Fiona’s finest hour,” Dolly smiled in a pleased, cat-like way, patting her lilac locks.
Joe Fox glanced at me and I thought I saw the smallest glint of something like approval. But I couldn’t be sure.
Kelly and Tracy were watching open-mouthed as he helped Dolly into the passenger seat. I went to buckle her seatbelt, but there wasn’t one; and I realized with a sinking sensation that the Cadillac had been built before seatbelts were thought necessary. I hoped Joe Fox was a good driver.
He brushed me out of the way as I went to help him load Dolly’s heavy suitcases into the trunk. I watched without comment, but it was going to be a long two weeks if he continued to treat me like I wasn’t worth talking to, and my pleasure in his approval of Dolly’s colorful hair vanished.
You’re doing this for Dolly, I reminded myself.
When I hopped into the back seat, I did enjoy the surprised faces of the Cedars’ staff. I wondered if I should pretend I was just getting a ride into town, but in the end I decided that the less I said, the less I’d have to lie about later.
In that moment, with the sun glinting off the Cadillac’s polished paintwork, those iconic shark fin tail details in sharp profile, we started our journey to Las Vegas, the City of Second Chances: 1603 miles, 28 hours of driving, and the open road ahead of us.

Why I wrote this story

In part, this book was inspired by the incredible stories my late mother told me about her time working for Britain’s Air Ministry during the Second World War, and my late father’s experiences in the Fleet Air Arm. Not only that, but when my mother went to live in a nursing home, I met many other nonagenarians who had done amazing things in their youth. And it made me sad to think how often those stories disappear when they’re gone. I heard heartbreaking and inspiring stories about lives lived during terrible times.

But I also wanted to show how incredible these lives were, and yet how my mother was happy to live in the moment and enjoy every day. As the character Dolly says to Fiona,

“You can’t be careful all your life – what would be the point of living?”