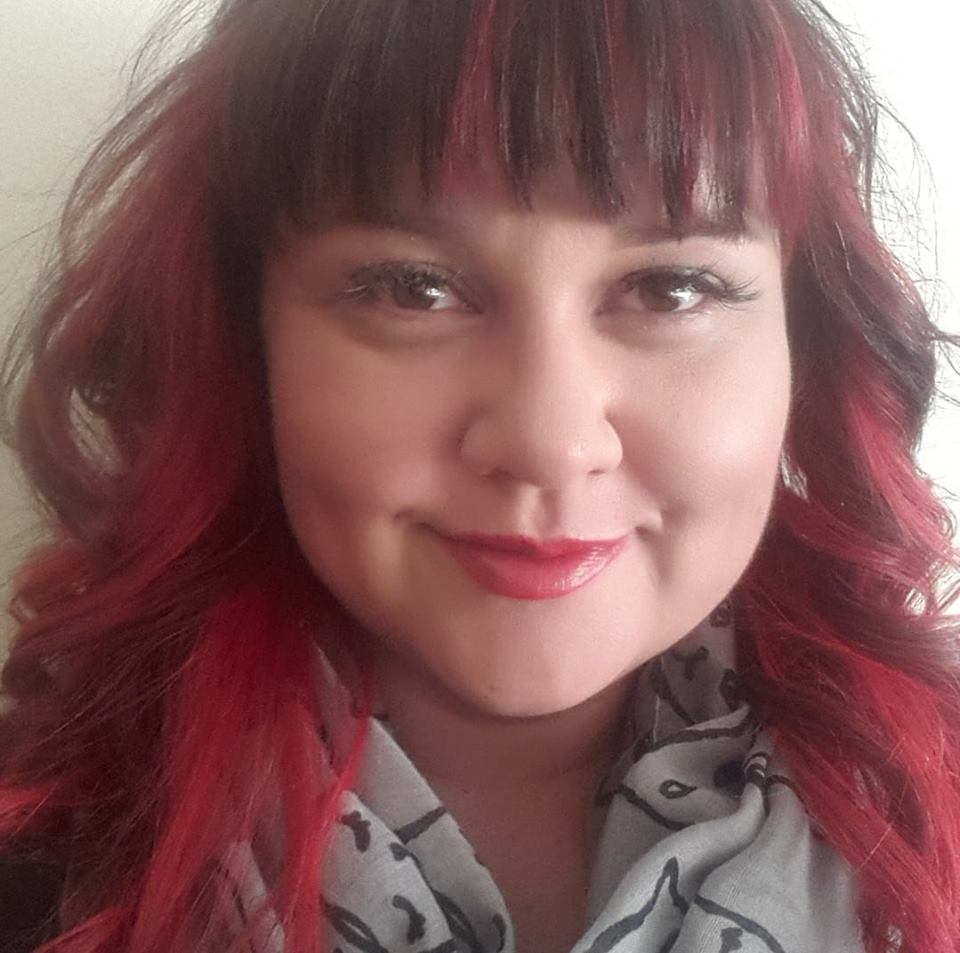 Sybil Wilson is a graphic designer who has worked on a number of my covers: Behind the Walls, Battle Scars, Tick Tock and Bombshell, as well as Undefeated and Model Boyfriend for my books with Stu Reardon.

She lives and works in South Africa. 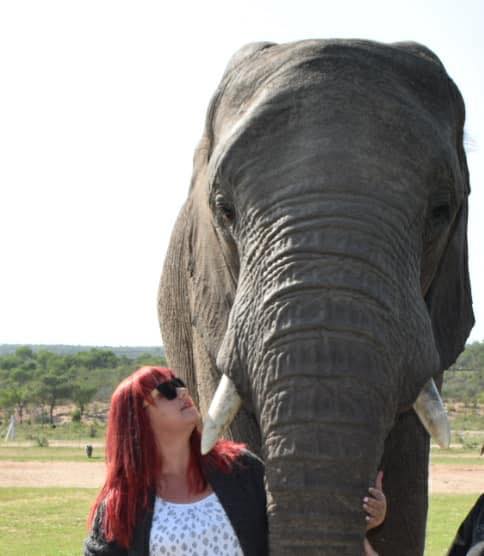 Q Tell me about your journey to becoming a graphic designer?

I always had a thing for books and a thing for art. I was the kid who drew on walls and loved books, too, and I always knew that I wanted to do something with art, so I took art lessons at school. When I had to think about a career where I’d be able to provide for myself, I decided to study graphic design. After graduation, I did a bunch of corporate jobs, logo design, corporate brochures etc. But it’s quite limited creatively – there are lots of rules.

After a few years, as an outlet, I started doing book reviews as Pop Kitty, and I had fun producing fan-made teasers. Then authors started contacting me through the blog to do promo graphics for them.

I was able to resign from corporate design three years ago, and I’ve never looked back. Everything just sort of came together.

Q What was your first romance cover?

I can’t remember the first cover I did! I’ll have to check! Wait, I do remember! It was Abby Gale One Night Only.

Q Do you work with any other types of authors/genres?

It’s mostly romance, specifically indie romance. Some of my covers are used by foreign publishers, and I’ve recently been contacted by a traditional publisher, so who knows?

Q How do you start each book cover?

With a new client, I ask them to fill out a brief which gives me an idea of what they’re like and what they’re looking for. I ask about their characters, what the book’s about, other covers that they like.

For existing clients, it’s easier as I already have an idea of what they like. But creative channels are open! Sometimes the author provides me with an image, but if they don’t have one or they don’t have a vision of what they want, I’ll look at stock photos. I might Google images to get the creative juices flowing. Music helps, too.

For Tick Tock and Bombshell, I listened to a lot of rock, Highway Tune by Greta Van Fleet. It’s similar to Led Zeppelin; it’s got that Vietnam/Afghanistan sound, you know?

If I’m designing a cover for a romantic comedy, I’d listen to pop music like Taylor Swift or Ariana Grande. What I’ve discovered is that a lot of 80s music works for me then, like Kylie, A-Ha, George Michael, all those kinds of guys who were really big.

Q What is the most rewarding part of being a designer?

A finalized cover! When the author just loves what I’ve done, and then they’ve launched the cover reveal and started getting feedback from readers. No matter how difficult it was to do, or how many revisions, if the feedback is good, it feels amazing.

One of the most difficult parts is when I have an idea of what I want the cover to look like, but the result doesn’t match. I get obsessive and then I end up ruining the cover if there’s too much back and forth. Sometimes an idea works and sometimes it doesn’t.

Q Do you have a favourite cover?

I have a few. My favourites tend to be the more creative ones where there’s a lot of layer work, like your book Behind the Walls, also Beautiful Inferno by Abby Gale is another.

Q Have you ever designed a cover you didn’t like? What if an author asks you to make changes that you don’t agree with?

Lots of times! If an author asks me to change to something and I feel that they’re making a mistake … that’s hard. There are rules to design: like the title needs to be big enough to be seen on a thumbnail, the same with the author name. As long as they don’t disregard those rules, then it’s just a difference in taste. But it’s their book, so I’ll make the changes so long as I don’t feel they’re making a mistake.

Q What is your favourite feedback?

When the author doesn’t have the words to describe how much they love it!

Q How does living in South Africa affects how you design?

It hasn’t been a problem except recently when we’ve had problems with electricity supply. That can put me behind. I plan and schedule work that I can still get things done, but that can be difficult.

I’ve never lived anywhere else, so I can’t say how the environment affects me, but it’s a very creative country, multiracial, and with beautiful landscapes, so I have a lot to draw from.

Q What is your philosophy in life?

Don’t be an asshole! That’s for everything! People have different values, religions, especially here. There isn’t just a predominant Christian or Muslim society, so you learn to respect everyone around you. It takes nothing to be a decent person to everyone around you.

Q Describe yourself in three words.

Sarcastic. A dreamer. Creative. You need to live in your head to be creative – most of the time!

Q How would your best friend describe you?

Sarcastic! Most of my friends describe me as snarky, hilarious and honest to a fault.

Q If you were an animal, what would you be?

A monkey! Why? Because of how they approach life! They make space in their lives for their society but they also have fun just for the sake of having fun. Also, I find them to be lateral thinkers, how they solve problems – something I admire.

Q Most likely to say…

Don’t be an asshole! Or maybe I’d choose something less vulgar! I get so angry when people are being rude or wilfully ignorant.

The actress Laverne Cox said, “You have to admit that you are wrong in order for you to change”.

I thought that was a great thing to say; I cannot abide people who are rude. You have to be open to seeing another side of an argument or another person’s world view. Basically, don’t be an asshole!

Can we go to a party?

I’m quite an introvert, I prefer smaller groups rather than going to a club. That just drains my energy completely. I can’t do small talk and chat about the weather either.

Q What is your favourite colour and why?

Green! It’s an invigorating colour. Just looking it makes me happy. I love nature. You can put me on a mountain and I’d be in my element.

Q When you’re having a bad day, what cheers you up?

Music cheers me up. It’s amazing what affects music can have on your mood. I’ll put on something happy and dance around the house like a lunatic. I love My Sharona.

That never fails to put me in a good mood.

And I love my cats! I’ve got two: Ahmed, who is always trying to nibble people’s toes; and the other is all black and she’s called Refilwe, her name means ‘given’ in Xhosa. They’re both rescue cats.

My sister works in a game reserve and I love it. It’s in Limpopo Province and her house is right in the middle of the bush. It gets very hot and humid and you can sit out on the deck and listen to the lions and the hyenas crying in the distance. That is my absolute happy place. 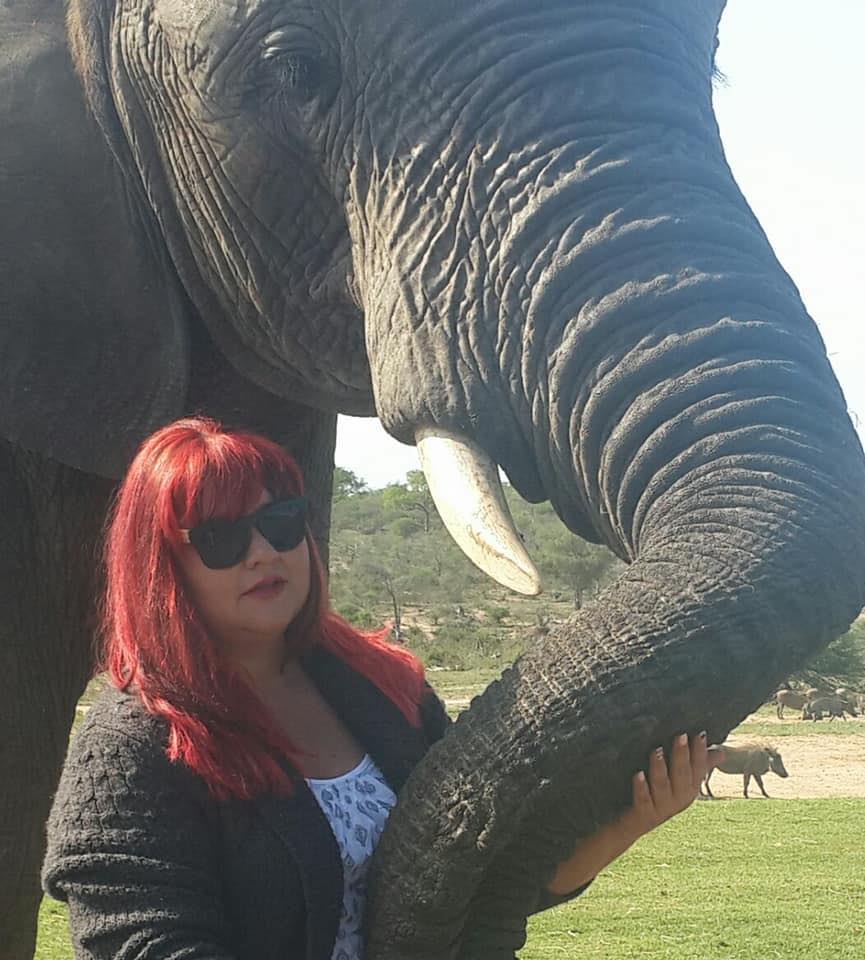 Q Mountains and snow, or beaches and sunshine?

Mountains and snow. I’m not much of a beach-goer. I don’t know what to do on a beach. Sit there and do nothing?

Q Do you think designers are different to other people? In the way you see things?

I definitely think so. I think we see different details. We don’t really see things at face value. They teach you in design ‘form follows function’. So if you’re looking at a streetlamp, for example, and the light was at the bottom, it wouldn’t be as functional. So any piece of art or a movie with great CGI, you think about what techniques they’ve used.

I could watch Tim Burton’s movies over and over again and find a different detail each time, rather than concentrating on the story itself. I don’t watch many dramas or thrillers for that reason, because I get lost in the details. It can be frustrating, but I really enjoy analysing things and looking at the details. It’s annoying for my friends because we got for a meal and I’m saying the menu design sucks!

Q Where do you see yourself in ten years’ time? What do you want to achieve?

I would like to be living on a smallholding, hopefully in Cape Town. I’d still be doing design, I can’t function without design in my life.

It’s always been a dream of mine to have an animal sanctuary and take in animals that would otherwise have been put down, and let them live out the remainder of their years with dignity.