This month, we’re going back to the carnival, a series that I first started several years ago. Funnel cake, cotton candy, carousels, and smokin’ hot stunt riders!

Buckle up! It’s going to be a bumpy ride! 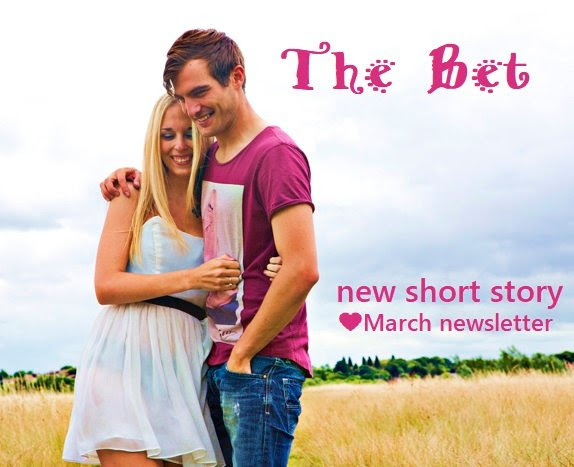 “Come on, sugar. Let’s go get you some cotton candy.”Tucker held my hand as we strolled along the midway, unembarrassed to show affection, perfectly at ease with the role of adoring boyfriend. He grinned down at me and winked.I knew what he was doing: he was trying to take my mind off his upcoming performance.

I hadn’t seen this side of Tucker before. He always seemed so reckless, so free; but there was another side to him, a thoughtful, caring side. And I couldn’t help loving him a little more.

“I’d love to, but I can’t afford the calories, and you shouldn’t eat something so heavy before a show.”

“No can’t with us, sugar. We’re at the carnival—funnel cake is part of the fun. Do what feels good.”

“I’ll get fat and you won’t want me anymore.”

He chuckled quietly. “Just more of you to hold in my arms.”

At that moment Jade, one of the trapeze artist twins, walked past wearing the smallest shorts I’d ever seen and a strip of material covering her chest that might generously be called a bandage, maybe a Band-Aid, although I think it was supposed to be a tube top.

She glared at me, threw a look at Tucker as if to say, see what you’re missing, then tossed her glossy hair over her shoulder and stalked off.

“I can see your eyeballs swiveling from here,” I griped.

“I was being polite,” he grinned at me.

“What? How on earth did you come up with that?”

“I only looked at the parts she’s got covered.”

A reply floundered on my lips as I took in his amused expression.

“Aw, sugar. She’s got nothin’ on you. I wouldn’t say her tits are small, but they’d be pointless without nipples.”

I settled for tickling the life out of him, but he dodged away laughing.

“You’re such a guy! I bet you couldn’t go a whole evening without making a boob joke. Maybe an evening—definitely not a whole week.”

He leaned down, his breath warm across my neck. “Because I want the prize.”

I laughed hungrily. “I could win, and you haven’t even heard my terms yet.”

“Okay,” he said, crossing his arms across his chest. “You won’t win, but what do you want?”

Tucker laughed. “Sugar, you have that every night.”

I glanced around me for inspiration when my eyes lit on the carousel and the stripy wooden zebra with golden hooves. It was my favorite of all the carousel animals.

“You, naked on the carousel.”

“You have to ride it naked for one complete rotation.

“Not that you’ll win, sugar, but I’ll scare the kids doin’ that … and their mommas.”

“After the fairground closes,” I smiled serenely. “Is it a bet?”

“The zebra,” I reminded him as we shook hands.

“Want to take a ride with me now?” he asked, one corner of his mouth lifting. “With clothes?”

But then the PA announced that the Daredevils would be performing in an hour.

Tucker sighed. “Gotta get going. Raincheck on the carousel?”

I loved and hated this part: I loved seeing Tucker doing what he loved, which was hurling his stunt bike high into the air, up ramps, over jumps, through walls of flames, the crowd gasping, cheering, yelling; and I hated it because I loved him and I didn’t want to see him get hurt. I hated that every day, he put himself in danger.

But he was one of four Daredevils in my half-brother’s carnival motorcycle show.

I’d have to learn to deal.

Tucker seemed born to smile, but I’d learned that it was a mask he wore to cover the harshness of his early years. Now, it felt like his smile was real, and it was for me. And he loved the carnival with all its color and noise and excitement.

Then I made my way to the stands to watch the show from between my fingers.

And 40 minutes later, when my throat was hoarse from screaming, gasping and shouting, and my palms were sweaty, and I walked weak-kneed and wobbly to the performers’ area, Tucker kissed me with all the hunger and passion a man can have.

Then he hauled me behind him to the RV, bent me over the bed and made me scream again.

An hour later, we drove home to my cottage, enjoying each other in a more relaxed way.

We lay in the bath tub together, soaking off the stickiness and sweat of our love-making, me leaning against his chest and reading a magazine; Tucker kissing my neck and alternately stroking my thighs.

“I love your thighs,” he muttered, his breath hot against the back of my neck. “I love this lil ole beauty spot right here,” and he pressed his finger against it. “I love how soft your skin is,” and he ran a finger up my leg. “And I love your sweet tits,” he sighed. “I love that they’re big enough to keep a magazine dry while you’re reading in the tub,” and he sniggered.

He knew that I thought my boobs were too big, and even though he didn’t, he knew his comment would annoy me, so he wasn’t prepared for my smile.

“You just lost our bet, Tucker.”

“Oh yes,” I said, giving my evil laugh. “I knew you couldn’t resist a boob joke. Well, the joke’s on you—one naked streak through the fairground followed by a naked carousel ride. There’s a zebra out there with your name on it.

“Sugar, that wasn’t a boob joke,” he said weakly, “that was just statin’ a fact.”

“Are you welching on the bet?” I asked, my eyebrows shooting up.

He squirmed, unable to meet my sever gaze.

“You bet your sweet ass I am. And maybe it’ll teach you not to be boobist.”

Of course, I told everyone about the bet when we returned to the Pomona fairground. It was all the carnies could talk about, so by the time the last paying customer had left, there was quite a crowd waiting and watching.

“You’re really going to make me do this?” he whined.

The expression on Tucker’s face was priceless.

He leaned in closely, his warm breath making me shiver.

“I think you just want to get me out of my clothes, Miss Hawkins.”

“You’re really going to make me do this?” he asked once more, shaking his head.

“Are you going to back out, chicken?” I laughed.

Tucker threw me a look as everyone around him started clucking.

The other Daredevils laughed while my half-brother, Kes, glared at Tucker.

“When did she see your dick?”

Aimee rolled her eyes. “More times than I care to remember. He’s always forgetting to take his towel into the shower!” Then she looked at me and winked. “Nice going, Tera.”

Tucker smirked, and I thought Kes was going to lose his temper, but then Aimee whispered something in his ear, and his gaze went from annoyed to heated in a split second.

“Sugar, I’ll drop my pants for you anytime you want,” said Tucker, and to prove his point, he started unbuttoning his jeans. “Tell Carl to start up the carousel!”

Tucker winked at her and pushed his jeans to the ground, then stepped out of them, his bare feet kicking free.

Then he yanked his t-shirt over his head and tossed it to me.

“Wait!” I yelped as he started to slide his hands inside his briefs. “What…? When did you do that?”

I pointed at his back. Across the smallest of his tattoos, the star resting in the small of his back, there was a red, irritated patch, and a new addition to the ink.

I walked up to him and stared. It was my name: the word ‘Tera’ had been written in flowing script across his golden skin.

Tears stared in my eyes.

“Hush now, sugar,” he said gathering me into his arms.

“I can’t believe you did that,” I said, my voice awed.

He shrugged, as if it was no big deal.

“You shine so bright, Tera,” he said, his voice soft. “Wherever I travel, I’ll always find my way home to you.”

Damn him. Those beautiful words were going to make me cry.

Tucker grinned at me. “Probably the kind of moment we’d best have in private, if you know what I mean.”

And he glanced down at the front of his briefs.

“Oh, wow, sorry!” I said, unsure whether to step back, or help him hide a rather enormous erection.

“Still want me to strip and run naked across the fairground?” he asked, quirking an eyebrow at me.

In the distance, we heard the music of the carousel start up.

But Tucker had already pushed his briefs over the curve of his ass, showcasing that fabulously tight butt. Then he was off and running, his dick swinging in the wind.

“My eyes, they burn,” Aimee groaned, covering her face.

I grabbed Tucker’s jeans as I heard his happy laughter echoing across the fairground. And I ran after him clutching my phone. I was going to record this to show our grandchildren one day. Well, maybe not all of it.

That man, that fine, fine man. My man.

You can read Tera and Tucker’s story in Roustabout