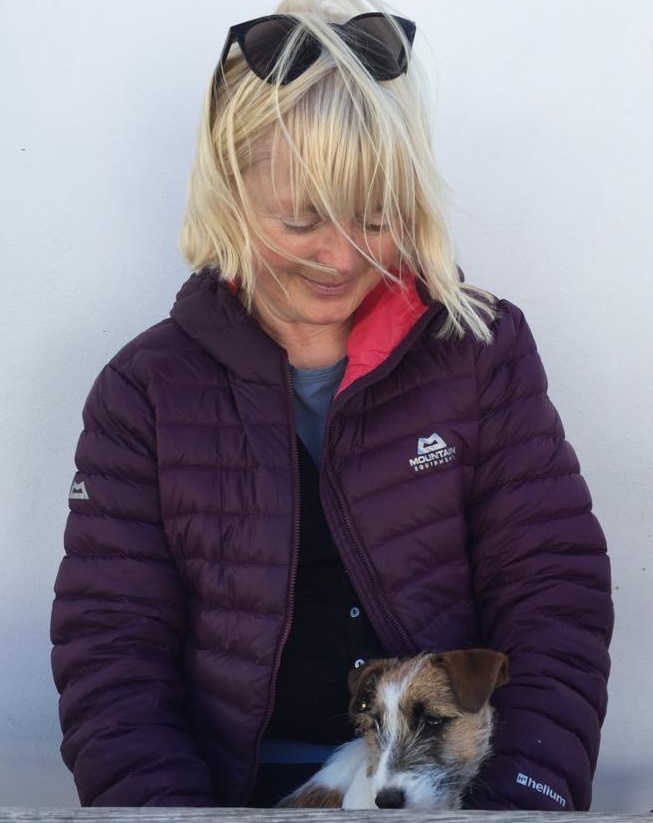 I love to write.

I was born on the 13th, which explains a lot.

I write every day and get twitchy on the days when I’m prevented from writing.

I live by the beach, so you’ll find a beach scene in all of my books sooner or later.

Writing is solitary but that doesn’t make it lonely. My FB and Goodreads friends are very important to me. My writing buddies are A. Meredith Walters and Devon Hartford—lovely, kind, generous people.

I carry a notebook EVERYWHERE. I never know when ideas will come to me. I even write notes to myself at night in the dark. Hopefully I can read the scrawl I’ve written in the morning.

There’s a little part of me in every book I write. The philosophy from ‘Playing in the Rain’ is that you have to make the most of the life you’re given—choose to be happy as much as you can and look for the positive. I don’t always make it, but I do try.

I started writing contemporary romance seven years ago. Before that, I was a full time journalist and children’s author.

My lucky number is 13 because I was born on the 13th and live near a haunted castle by the ocean. My number one past-time is watching hot surfers at the beach. It’s also my quiet place where book ideas come to life.

Writing is my love, my hobby, my total addiction. All my characters are important to me and whisper their stories, even when I’ve finished writing their books. That’s why you’ll often find bonus chapters/out-takes from various books, because those voices just won’t be quiet.

I don’t know why, but I seem to write about people whose lives are on the edges of society, or live differently some way. My TRAVELING series is set in the world of the traveling carnival, my EDUCATION series among the surfers of California and the Marines of San Diego.

Back in 2015, I wrote a play with Justin Bell, a man who’d served as a bomb disposal officer in the British Army for over 24 years and been award the Queen’s Gallantry Medal. The play is entitled LATER, AFTER and asks the question about how men and women who’ve served their country survive as civilians, especially after having experienced the horrors of war.

The play was performed in London and had a small tour of the UK including two military barracks. It remains one of the pieces of work of which I’m most proud. Losing Justin to a brain tumour in 2019 was heart-breaking. He had so much living to do, and was married with two young children. Life can be very cruel.

The last two books he helped me with were dedicated to bomb disposal officers like him: TICK TOCK and BOMBSHELL.

Another collaborator and co-author is the very lovely Stuart Reardon has been so much fun. I enjoy watching major sporting events and I’ve always wondered what it takes to train your body to that extent, as well as possessing that level of ability—neither of which I have! So learning about the hard work and dedication, the highs and lows, the injuries and disappointments first hand from Stu has been eye-opening. And he’s funny! We wrote our first romcom GYM OR CHOCOLATE? followed by THE WORLD ACCORDING TO VINCE. This romcom trilogy ends with THE BABY GAME, which comes out in November. I’ve loved every minute of our collaboration and can’t wait to work with him again.