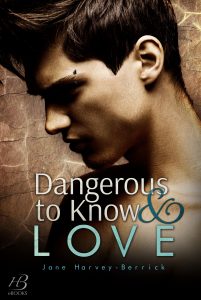 “Huh. You know perfectly well that you’re totally choosing a gift for yourself. Don’t pretend it’s really for me.”

“Daniel Jacob Colton! That is a big fat lie. You were the one who wanted to buy a new one. I was fine with the old one.”

Lisanne wanted to look annoyed, but Daniel wasn’t falling for it. Maybe it was the way her lips kept turning upwards into a smile when she was trying to be mad at him.

He pulled her toward him, his large hands wrapping around her waist. He leaned down, burying his face in her hair and nuzzling her neck.

Daniel frowned and looked up.

“What did you say? I felt your lips vibrating.”

“Daniel, did you leave your CI off again today?”

He shrugged and looked away.

“I was wearing it for football practice last night…”

“…and now it feels a little sore?”

He shrugged again then rested his chin on her shoulder as his large body curled around her smaller one.

Lisanne’s heart gave a sad little flip-flop. Daniel was so good at lipreading, she sometimes forgot that he was deaf. Which was unforgiveable. He usually used his cochlear implant, but when he wore his football helmet at the same time, it wasn’t always comfortable and then he’d have to leave it off the next day.

Lisanne kissed his full lips and ran her hands over his spiky black hair. Then she leaned back so he could see her mouth.

“You look sexy in everything, babydoll. Or nothing. Yeah, I like you best in nothing.”

“I love it when you use big words.”

“I love YOU!” Lisanne said seriously.

Daniel kissed her again, passionately, hungrily, pulling her soft body against his much harder one.

Until the salesman cleared his throat.

“Ahem. Did you guys decide if you’re buying the black or the red?”

Lisanne’s cheeks turned scarlet as she pulled away from Daniel.

The salesman hid a smile as he rang up the sale and placed the black leather biker jacket in a bag. It was similar to Daniel’s jacket, but being new, it was stiffer and shinier. But it would also give her much better protection when they were on Daniel’s Harley than her battered old jacket.

“We will,” said Daniel, then whispered in Lisanne’s ear. “You’ll wear it for me in bed, won’t you, babydoll?”

His expression was so hopeful that Lisanne wanted to laugh. Instead she stood on tiptoe and kissed him on the cheek. Then she pulled back.

Daniel closed his eyes and groaned.