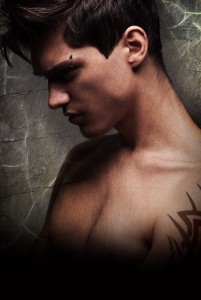 Hello Daniel, Thank You for taking the time to chat with us.

1. It’s been awhile since your story was told, tell us how you and Lisanne are doing today? Really good, thanks. We’ve been writing songs together and one of them has been sold to a record label in Nashville, which is pretty damn cool. Not that we’re recording it or anything. They’ll get one of their signed artists to sing it, but it’s still amazing. Paid 300 bucks. Most times you don’t start making money off a song you’ve written until it starts selling on CDs or downloads or whatever. Lis and the guys could record a demo, but studio time is pretty expensive. But if that works, we’ll have some royalties coming in. Beats working my ass off fixing cars at the garage as a mechanic.

And that’s really cool, because I never thought I’d be able to do anything with music because of … well, you know. Lisanne was so freakin’ excited, and I love seeing her like that.

32oNorth is doing really well—getting a lot of gigs around the city. I always go, but it’s hard seeing them on stage without me. But worth it, too, you know? Seeing Lis singing like that—really freakin’ hot. She says she’s singing to me.

I’ve got some news for her, too. Coach says that a NFL scout is coming out to see us play next home game. I’m not gonna get too stoked, but since Derek Coleman started playing for the Seattle Seahwaks, I think well, why not me?

2. So, let’s go back to the day you met Lisanne, what was your initial thoughts about her? Be honest. I was tense. I always get tense meeting new people, in case they talk weird or something. Not so much now, I guess, but I did then. But she seemed way more nervous than I was, so that helped me relax. Plus she was cute. She had this whole shy-girl vibe, but with this rocking body hidden underneath that fugly t-shirt.

Then she was holding onto my hand like if she let go she’d drown. And then she was all flushed and embarrassed. I could tell that pissed her off—made me smile.

Yeah, that was a good day.

3. Did you think when you first met her that Lisanne would be a permanent fixture in your future? Hell, no. But there was something about her. And anyway, I wasn’t planning on being permanent with any girl. I thought relationships were for pussies. But now … I want permanent. I want forever. And … look … you can’t say anything because I haven’t got it planned yet or anything, but one day I’m going to put a ring on my girl’s finger.

Yeah, and I’d probably better do it right, ask her old man, you know? Ah, crap. Monica’s okay and Ernie isn’t too bad, but he still thinks Lis could do better. Hell, I know she could do better, but no one will love her more than I do. Ever. And I’ll kill any mofo who gets near her.

4. Before Lisanne, what was your relationship style with women? Fast, rough, ready. You can ask Terri or Carla or … um, yeah, better forget I said that.

5. Why did you fight Lisanne so hard when she didn’t treat you like you were a leper? Is that how it seemed to you? I don’t know, maybe it was. She was just so good and pure. And … I’m neither of those things. I knew I wasn’t any good for her, but she kept pushing. And it got harder to push her away.

And it was … I just liked having a friend. Someone who really got me. The guys in the band are okay, but they knew me from before. It sort of grounded me knowing that a new person was … that she was okay with who I am. It doesn’t faze her. I didn’t think I’d ever get that with anyone.

6. How are things between you and your brother? He’s cool. It’s hard, doing time. He gets down sometimes, even though he tries to hide it. I understand why he did what he did. I mean, yeah, freakin’ moron, but I get it. He was 21 and he suddenly had to be like my dad as well as my brother. He was dealing with all my shit as well as his own. He couldn’t take it. He made some dumbass choices, but I can’t say I’d have done any better in his position.

If it hadn’t been for Lisanne, I could be where he is right now. I mean, I didn’t deal, but it’s a slippery slope, right? You get some blow for a friend and next thing you know, word’s out there. I’ve seen it happen.

Did I tell you that Lis came with me to visit him one time? It was … tense, but I think they sorted out some of their shit. I’m hoping that in maybe 3 or 4 years, Zef will be out and he can come live with us. Uh, don’t mention that to Lis, ‘cause we haven’t discussed that yet. But this is his home, so of course he’d come back here. But that’s way down the line. He’s taking some college credits, so he might even get his degree before me. Bastard better not!

7. Do you think the struggle you and Lisanne went through was worth it? Would you change anything? She’s my world. I never wanted to hurt her, but I’m a fu… screwed up jerk. I’ll spend the rest of my life making it up to her. Yeah, it was worth it. She’s worth it.

8. Is there anything you want to say to your fans? Can I have your phone number? No, wait, Lisanne will kill me. Joke, honest! Um, and yeah, tell Lis that I didn’t swear, okay? ‘Cause she’s always on my case about it. Not that I’m pussy-whipped or anything, fuck no! Oh shit. Don’t tell her I said that. Ah, hell!

Sudden Death:
Soft and Slow or Rough and Fast? Both.
Silk or Cotton? Silk.
Favorite drink? Jack Daniel’s. Of course.
Favorite Quote? “Kindness is the language which the deaf can hear and the blind can see.” Mark Twain
Favorite Song? Fall at Your Feet, Crowded House. Check out Daniel’s fan page that tells the story in pictures

Originally featured on The Sub Club.