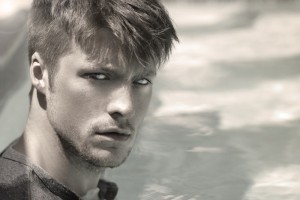 Thank You for taking the time to chat with us.

1. So, Jordan how are you doing? Things getting better for you?
Jordan: Well, ma’am, getting a ring on my girl’s finger and making her mine—that sure was somethin’ special. I’m the proudest s.o.b. that has walked on God’s green earth.
Torrey: Jordan! That’s not even close to answering the question!
Jordan: Sure it is, firecracker! Ha ha ha! Lady asked me if things are gettin’ better. I wake up to your sweet face every day. What’s better’n that?”
Torrey: Jordan Kane, I’m rolling my eyes right now. You are too smooth for your own good, you know that, right?
Jordan: You love it, sweetheart.
Torrey: Sigh. Getting back to the question … The truth is it’s not been easy. After we left Las Vegas …
Jordan: As man and wife…
Torrey: Don’t interrupt.
Jordan: Sorry.
Torrey: No, you’re not!
Jordan: Nope. You’re right. Proud to call you my wife, sweetheart.
Torrey: So, as I was saying, after Vegas, we just carried on heading west and ended up in California. We traveled around a bit, and ended up in Monterey. It seemed like a nice place to stay for a while. I’m looking for work as a paralegal but in the meantime I’m waitressing in a bar.
Jordan: Sweetheart, I don’t like you workin’ in that place, the way those booze hounds stare at you.
Torrey: I can look after myself!
Jordan: You’re just a lil bitty thing.
Torrey: Oh for goodness sake! Like I said, it’s temporary. Jordan’s hoping to get his ASE which means he’ll be qualified as an auto mechanic.
Jordan: Don’t get upset, sweetheart…
Torrey: What?
Jordan: I know you’ll be disappointed…
Torrey: Why? What? Spit it out!
Jordan: That auto shop turned me down.
Torrey: What? Why?!
Jordan: Waal, they weren’t sayin’ it, but it was because of my record.
Torrey: They can’t discriminate on the ground of your past record.
Jordan: Well, they did. Caint say as I’m surprised. But don’t worry, I’ll keep lookin’. Somethin’ will turn up.
Torrey: You can’t let them do this to you!
Jordan: Sweetheart, it’s fine. We’ll get through this. I’ll get work soon.
Torrey: But…!
Jordan: Torrey Kane! We’ll be fine. You’ll see. It’s you and me against the world.
Torrey: But…!
Jordan: Hush now, or I’ll have kiss that frown right offa your lips.

Torrey: Oh, um, sorry about that! Where was I? Oh yeah, well, things haven’t been easy, as you can see. But we’re working on it. We’ll be okay. Mom said she’d send some money if we were short.
Jordan: We don’t need your momma’s money! I told you that!
Torrey: Oh, stop with the macho bullshit! You’re being such a guy!
Jordan: Not sure how I’m supposed to do stop being a guy, sweetheart.
Torrey: [rolls eyes] You know what I mean. Anyway, the money’s there if we need it.
Jordan: We’ll be okay.
Torrey: Yes, we will. Because we’ve got some fallback money if we need it.
Jordan: You are the most contrary, ornery woman I ever laid eyes on!
Torrey: Yeah? Good thing that’s what you love about me!
Jordan: One of the things. There are others.
Torrey: Such as?
Jordan: Um, sweetheart? We’re kind of in public here…
Torrey: Oh, okay. Tell me later.
Jordan: Sure thing, firecracker.
Torrey: It was nice talking to you. Bye!
Jordan: Y’all take care now.

2. Torrey, have you and Jordan been visiting some interesting places since you are both free of your burdens? Hi, sorry about that. He gets all alpha male about stuff. He doesn’t like me working in the bar. It’s not like anything I can’t handle!

Yeah, we did A LOT of traveling. Kind of all traveled out for now. It’s nice to slow down, maybe put down some roots. This seems like a nice town. It’s hard for Jordan, though. People see the tats and then find out he’s been in prison, they make judgments without getting to know him. But he’s got some job interviews coming up, so we’ll just stay positive for now. If it doesn’t work out here, we’ll move on. We’ve got each other, that’s what’s important.

3. Torrey, when you had eventually heard what had happened in Jordan’s past, would you have treated him the same if you knew from the beginning? I’d like to say yes, but honestly I don’t know. I think so, because he behaved so shy and quiet and sweet. That told me more than what everyone else said about him. And I know what it’s like to be the subject of gossip. I pretty much got hounded out of my job in Boston—there’s only so much you can take when people are bitching about you behind your back, talking shit about you. So, I understood—sort of—what Jordan was going through. Of course, it was a lot worse for him.

But if that shit hadn’t happened to me in Boston, maybe I wouldn’t have been so ready to give him the benefit of the doubt. God, I hope I would have…

4. Jordan, thanks for joining us again. Sure, no problem. Just fixin’ up oil pump on Torrey’s car. Before the accident, would you have viewed Torrey differently, given her reputation? Ah, heck. Do I have to answer that question? Look, I was kind of an asshole as a kid. And, um, I didn’t treat girls that well. I was a jerk. I’ve grown up.

But even though I was dumb, her goodness would just have shone through, you know? She pretends she’s so tough, but she’s not really. She’s an angel—my angel.

5. Torrey, what made you realize Jordan really just needed a friend? Everyone needs a friend. He was just so … so lonely. It was like he didn’t expect anyone to talk to him or to treat him well. He had this … I don’t know … like an aura of sadness. Like he had a huge weight pressing down on him. I didn’t know what it was at first, obviously, but I could see that he carried this burden around with him.

6. What about the other makes life worth fighting for? Torrey: The way he has this ability to love, even though life has dealt him a shit hand; the way he can see the good in people, and he’s always ready to give them second chances. Jordan is a much nicer person than I am. He’s kind and sweet and so thoughtful—kinda makes your teeth melt with sweetness! And I love him. I’ll spend the rest of my life fighting for him.

7. Torrey what is one thing that Jordan does that irks you? He’s always putting himself down. Drives me freakin’ crazy!

8. Jordan same question about Torrey. You can whisper it in my ear if you’re afraid of repercussions. Ha ha ha! My gal’s a firecracker, ain’t she?! Nah, she’s officially perfect.

9. What are your plans for the future? Jordan is going to try and get his ASE so he can work as a mechanic. I want to get a job as a paralegal, and then maybe take some night courses, do my Masters degree. We’ll have to see how the finances work out first. Dad said he might help us with my college fees … unless he has alimony to pay first.

I’d really like Jordan to try and take his art/design work further. He’s really an amazing artist and even if he starts with painting designs on people’s trucks, I think he could really do well at it. People just need to give him a chance—then they’d see what a beautiful person he is.

Sudden Death
Torrey
The thing that Jordan does that makes you instantly hot? OMG! I have list somewhere! Um, wait. ONE thing? Holy fuck! Well… really, just ONE thing? Okay, um… the way he looks at me, like he can’t believe I’m real, and he gets this look in his eyes like I’m the most beautiful girl ever. I mean, that’s so … wow. And then he starts to smile, and his eyes start stripping me bare and I can see, I can just see it in his eyes that he’s imagining me naked. It’s insane! The guy doesn’t even have to touch and I’m this ridiculous, panting hot mess. Um, sorry. That’s the short answer.

Favorite place Jordan kisses you? Outside. He has a thing about being outdoors. Oh, you mean where on my body? He loves to kiss my hair. And the back of my knee. I have no idea why. It tickles, but it’s kinda of kinky and sexy, too. Because from my knee, he goes upward, you know what I’m saying?

Name a song you think represents you? Beneath the Raindrops, Lifehouse

Jordan
Favorite place to be touch, aside from the obvious? Her lips. Without a doubt. She’s got the most beautiful, soft lips. I’m talkin’ about her mouth, ma’am.

Favorite position? Excuse me? Um, that’s kinda personal, don’t you think? Pardon me, but I’m gonna have to say ‘in private’.

Name a song that represents you? All of Me, John Legend

Check out the trailer here for ‘Lifers’ using the Lifehouse song Broken.

Originally featured on The Sub Club.